Here’s a great story from one of SolarTrak’s customers in Brooklyn, NY:

Power House Generators of Brooklyn had a rented CPG 120 Generator parked at a nursing home. After dark, thieves removed the bolts and hauled the generator from Port Chester to the Bronx. 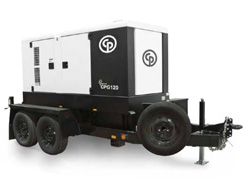 The next morning, the nursing home manager called and asked why they removed the generator. Using SolarTrak, they were able to see when the generator left (8:20 pm), the route it traveled, and where (at 9:30 pm) it was parked in the Bronx.

Even though the thieves cut off and discarded the tracker and ripped out the battery charger, the route and final destination was recorded. PH Generators sent their men, along with the police, to the warehouse in the Bronx, where they found the thieves and the generator.

The generator, worth $40,000, was returned, intact and in working condition.

“They hauled the generator about 20 miles to a warehouse deep in the Bronx,” reported Shloime Bochner of PH Generators. “Without SolarTrak, the equipment would have been a total loss. All our generators now have stickers saying they are protected by GPS trackers. We can definitely recommend SolarTrak trackers.”

See for yourself why our customers love SolarTrak GPS trackers. Ask for a free demo by calling 484-223-4994.